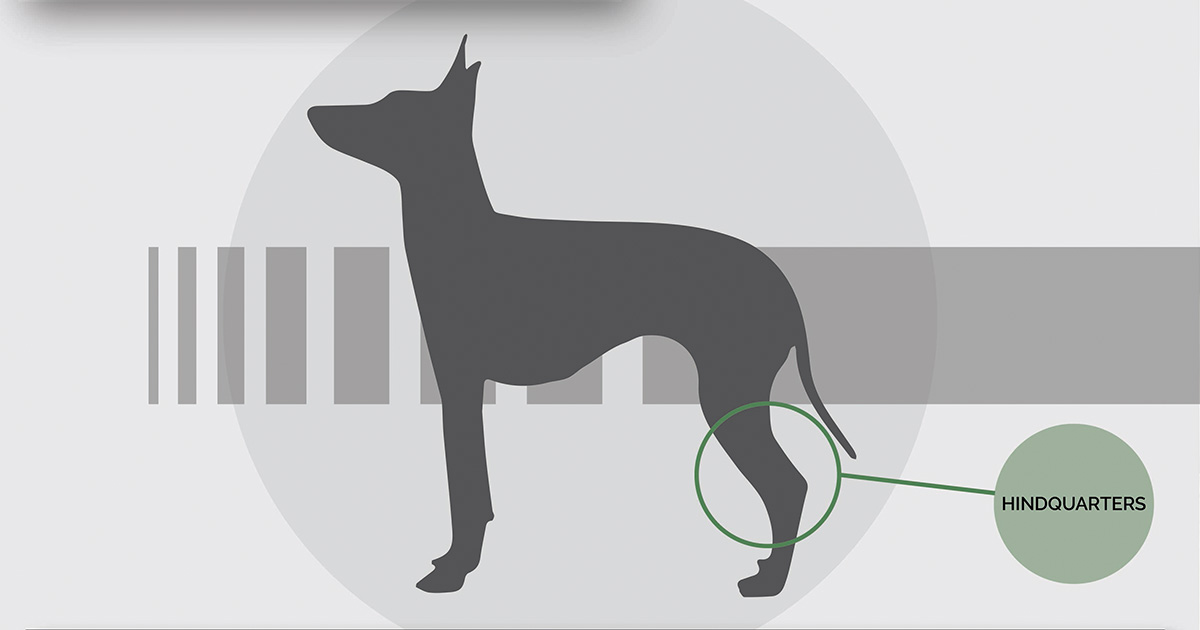 Luxated patellas are a congenital (present at birth) condition. The actual luxation may not be present at birth, but the structural changes which lead to luxation are present.

Most researchers believe luxated patellas to be heritable (inherited), though the exact mode of inheritance is not known.

Researchers have suggested that due to the high risk factor in toy breeds, breeding trials or retrospective pedigree analyses should be undertaken by national breed clubs to answer some of these questions.

Function of the patella

The stifle is a complicated joint which is the anatomical equivalent of the human knee.

In a normal stifle, the femur and tibia are lined up so that the patella rests in a groove (trochlea) on the femur, and its attachment (the patellar tendon) is on the tibia directly below the trochlea.

The function of the patella is to protect the large tendon of the quadriceps (thigh) muscle as it rides over the front of the femur while the quadriceps is used to extend (straighten) the stifle joint.

Placing your hand on your patella (knee cap) while flexing and extending your stifle (knee) will allow you to feel the normal movement of the patella as it glides up and down in the trochlea.

Luxation (dislocation) of the patella occurs when these structures are not in proper alignment.

Luxation in toy breeds most frequently occurs medially (to the inside of the leg).

The tibia is rotated medially (inward) which allows the patella to luxate (slip out of its groove) and ride on the inner surface of the femur.

While the patella is luxated, the quadriceps is unable to properly extend the stifle, resulting in an abnormal gait or lameness.

In addition, the smooth surface of the patella is damaged by contact with the femur, rather than the smooth articular (joint) cartilage present in the trochlea.

With time this rubbing will result in degenerative joint disease (arthritis).

Furthermore, while the patella is luxated, the quadriceps puts a rotational force on the tibia, which over time will increase the rotation of the tibia, thereby increasing the severity of the problem.

The additional strain caused by the malformation of the bones may also lead to later ligament ruptures. Many individuals are affected bilaterally (both legs).

How do I know if my dog is affected?

Signs of luxation may appear as early as weaning or may go undetected until later in life.

Signs include intermittent rear leg lameness, often shifting from one leg to the other, and an inability to fully extend the stifle.

The leg may carried for variable periods of time.

Early in the course of the disease, or in mildly affected animals, a hopping or skipping action occurs.

This is due to the patella luxating while the dog is moving and by giving an extra hop or skip the dog extends its stifle and is often able to replace the patella until the next luxation, when the cycle repeats.

The Canine Inherited Disorders Database (www.upei.ca/~cidd/intro.htm) recommends that any dogs with patellar luxation not be bred, nor should their parents or littermates.